Reason for Report: Ms. Hoover was worried for the well being of her student after receiving a series of cryptic and suspicious assignments. These assignments gave Ms. Hoover a reason to believe someone was inflicting harm (psychological and possibly physical) unto the student. Ms. Hoover offered a complete transcript of said assignments (these are located in the evidence section of this case file). Apparently the student talked about seeing some kind of horse and being scared and detained by some sort of male figure (Hoover speculates this could be the student’s father). After the student did not respond to Ms. Hoover’s emails about helping the student for over 36 hours, Ms. Hoover decided to involve the police.

Primary Language: German, with some English

Phone: N/A (Hoover only corresponds with student over email, no phone was given in Schmidt’s official school record.)

Notes: (10/22) Met with Schmidt’s grandmother who is her only known relative in the area. She last saw Schmidt on September 28. She said Schmidt was not acting like herself; she was unusually jumpy and kept looking out the window like she was waiting for someone to appear. She left in a hurry, saying she felt ill but didn’t seem sickly to the grandmother. (10/25) Officers searched the address she put on her official school record only to find a small house that looked like it hadn’t been inhabited in months. There was dust on the floor with non-human footprints, they looked like that of horse hooves, but no horses are in the area and one would hardly fit in that house so that’s almost impossible. (10/28) Visited the Internet café were Schmidt reportedly does her homework for Ms. Hoover’s class. The owner who always sees Schmidt doing her schoolwork says that she hadn’t seen Schmidt since the 19th of October (also the last day Schmidt wrote to Ms. Hoover). Owner says Schmidt had seemed very paranoid the last few times she saw her. She saw her staring at the window at something with a horrified expression for minutes without blinking. She says the last time Schmidt was there she typed something very quickly and then ran out of the café, heading south (this leads to some privately owned land with nothing but an old barn). (10/31) After obtaining a search warrant, officers went to investigate the barn where Schmidt was reportedly heading. Upon arrival, officers smelled rotting flesh. The officers entered the barn and found a very disturbing scene. All over the walls were drawings of what looked like horses; only these horses had no mane or tail. All of these drawings were in white chalk except for the eyes, which were painted red (possibly with blood). Also written on the walls were the words “help me” in English and German. In the middle of the barn the officers found the body of a young female, covered in blood. (11/2) This body was confirmed to be Brigit Schmidt. Medical Examiner could find no cause of death; the blood found on the body did not belong to Schmidt, but a horse. Since there is no presence of trauma to the body or signs of a struggle in the barn, there is no reason to believe Brigit Schmidt was murdered, only that this was some kind of freak accident.

Evidence: Complete transcript of Brigit Schmidt’s Assignments, blood sample found on body of the deceased, pictures from scenes of the barn where the body was found 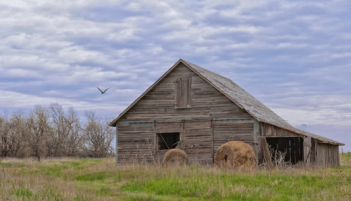 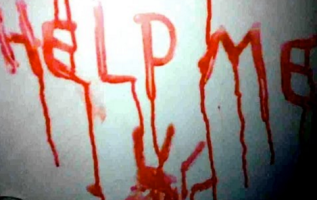 Follow (Oc)Cult Classics on WordPress.com
© Lily Zhu and (Oc)Cult Classics , 2015-2019. Unauthorized use and/or duplication of site material without express and written permission from this site’s owner is strictly prohibited. Excerpts and links may be used, provided that full and clear credit is given to Lily Zhu (as well as any other relevant contributors) and (Oc)Cult Classics with appropriate and specific direction to the original content.
Loading Comments...
%d bloggers like this: