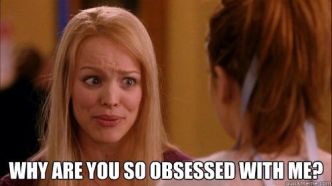 Obsession is a type of behavior that usually connoted negatively and is defined by the Merriam-Webster dictionary as “a state in which someone thinks about someone or something constantly or frequently especially in a way that is not normal.” In Emily Carroll’s digital graphic novel, “Margot’s Room,” this ongoing theme is emphasized greatly through both the narrator’s and her husband, Gilles’, lives and behaviors throughout the story. As the reader follows the story, it is clearly evident that the wife has issues distinguishing between reality and fantasy due to her downward, obsessive spiral. Gilles suffers as well but has a more generic aftermath (distancing oneself, marriage issues, etc.) of his daughter’s death while the narrator suffers from something darker.

In Part I, Flowers, the husband is seemingly happy, or aloof, despite that his future wife’s father, his ex-boss, had just passed away from an unspecified illness. There is also the possibility (that many readers interpret) that either he killed his boss in order to have his wife all to himself, or that it could have been the other way around, she killing her father to be close to him: both being signs of obsessive behavior.  However, in this part, the main focus is on how the narrator keeps speaking of her feelings in the past while juxtaposing them with the present’s, and how she is obsessed with the death among her loved ones. The last frame records her saying “he promised he’d live forever,” emphasizing the inability to move on, and her focus on death. So even in the first frames we meet the pair, there is already something uncanny about their relationship and the odd manner they deal with death.

In Part II, she cannot move on from her daughter’s, Margot, death and wonders whether she could have done anything to prevent it. At this point, it’s fairly evident that her obsession with her daughter’s death is what drove her husband away, despite his efforts to comfort her.

Part III presents the same obsessive behaviors that the narrator had previously exhibited and she herself notes that she spends most of her time alone waiting for her husband’s return. In addition, Gilles also begins to spend a longer time away from home since he was very affected by the death of his daughter and his wife’s conduct. At this point, it’s also evident that he is obsessed with Margot’s death as well and also becomes an unreliable narrator, especially when his wife discovers the villagers never saw him at all, thus, invalidating his alibi.

The narrator’s obsession with her daughter is elaborated upon in Part IV when she endlessly ponders on the life Margot did not get to fulfill, asking herself whether it “was it kindness in the end?” Obsession often clouds a person’s mind with intense anxiety and can be the reason why she drove her husband away from her and caused him to “change.”

The power of obsession is what allowed the narrator to murder her husband, she did not see anything realistically anymore and neither did he since she was plagued with illnesses and deaths. Just as the monsters that Gilles saw in the woods could have been a representation of the obsession they have possessed from dwelling on the death of their daughter. Whether or not it was a supernatural occurrence or their own insanity, their obsession with Margot’s death brought them to these circumstances, and ultimately drove the narrator to murder her beloved husband.

Follow (Oc)Cult Classics on WordPress.com
© Lily Zhu and (Oc)Cult Classics , 2015-2019. Unauthorized use and/or duplication of site material without express and written permission from this site’s owner is strictly prohibited. Excerpts and links may be used, provided that full and clear credit is given to Lily Zhu (as well as any other relevant contributors) and (Oc)Cult Classics with appropriate and specific direction to the original content.
%d bloggers like this: